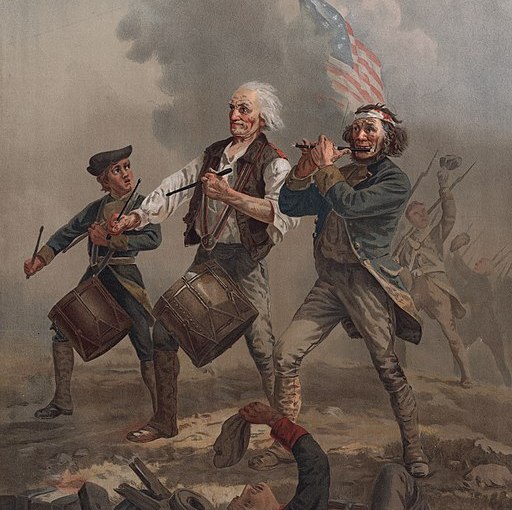 The Glorious Cause: The American Revolution, 1763 -1789. The Oxford History of the United States. By Robert Middlekauff, narrated by Robert Fass. Audible Books. Originally published by Oxford University Press. 1962, 2005 second ed.

This volume in the Oxford History of the United States covers the beginnings of the conflict between the American colonies and Great Britain, following the end of the French and Indian Wars, up to the ratification of the Constitution and the beginning of the new government in 1789. The conflicts between Whigs and Torys or Loyalists and Rebels, the Revolutionary War and the struggles over the new government highlight the hopes of Americans for a new beginning.

The men and women caught up in pursuit of the Glorious Cause at first viewed themselves as simply demanding the rights that the people of England were guaranteed and that were supposed to be defended by Parliament. The early political splits largely fell along the lines between those who benefited from English policies towards the colonies and those that did not. If the taxes imposed by Parliament did not impact them too severely, many viewed it as reasonable to pay the cost of administration and defense. Some objected that while the taxes were justified, as subjects of the English Crown, they had the right to decide how those taxes would be applied. However, some began to believe that they would be better off under a government of their own choosing. It is especially interesting to learn that many of these fault lines among the politically engaged citizens long predated the conflict with the mother country. ”All politics is local,” as the saying goes. Each colony with its unique history and different mix of classes, ethnicities and faiths, as well as different economic bases, divided differently. The deeper the original divisions, the more contentious the struggle in most cases. Massachusetts was especially violent, with mob actions directed against the public authorities and those who sided with them, much of it incited and even led by their political opponents. After reading this account, it is a lot easier to understand why soldiers had to be dispatched to Boston to keep order and protect property.

Once the conflict erupted into violence at Lexington and Concord, the choice became more stark: many began to feel that it was victory or death. Still, hope for reconciliation persisted. The most remarkable aspect of the early phases of the war to me was the ability of the separate colonies to organize themselves into an effectively united body, largely through the Continental Congress. The early sessions achieved remarkable things, given that prior to this, the colonies had had little or no formal relationships. In school, I mostly learned about the military campaigns and the Declaration of Independence, but what made these possible was the ability of a representative body to agree on a plan of action, find men to put it into action and to come together to take the fateful step of breaking away from England. Throughout our history, the United States have been fortunate in having effective representative government in times of crisis, like the Civil War and the Great Depression.

The general narrative of the war, the peace and the difficulty of establishing a solid foundation for the future are amply described, and I enjoyed all of it. Likewise the account of the making of the Constitution in 1787 and the successful struggle to have it ratified. These are too well described and also treated in much greater detail in a plethora of other books, that I think I’ll not try top summarize. The book upholds the high standards of the series.