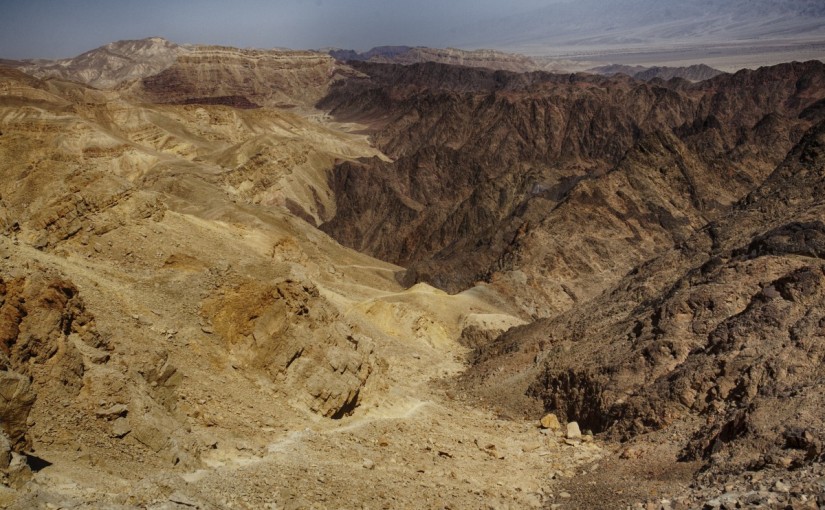 Robert D. Sacks’s new translation of and commentary on the Book of Job is a wonderful contribution to our understanding of this deeply strange and interesting book. In my notes, I want to highlight just a few particularly fascinating points:

The translation includes many extended glosses on words that are used in unfamiliar ways, to unravel the difficult ideas that the poet is trying to convey. For example, Sachs makes an extended comment on the familiar biblical passage(s) about future generations being responsible for the sins of their fathers. He says the word translated as“sins” or ”iniquity” is actually better rendered in English as something like “perversion,” and he cites several other places where this word appears that make this clearer. Then he refers to a couple modern examples of the sorts of wrongs he thinks are meant to be understood, one of which is slavery in the United States. I find that makes a lot of sense; the whole problem of slavery and its aftermath is a perversion of which Americans are often unconscious or in denial. Furthermore, one can assume this burden simply by becoming a citizen of this country; even recent immigrants, by joining American society, acquire the responsibility. The same, Sacks says, applies to the debt we owe Native Americans. [See my post on Exiles of Florida ]

A second point, central to the story, is the contrast between Job’s friends’ understanding of his sufferings and his own sense of injustice. The friends connect what has happened to the received wisdom of the tradition, which assures them that a good man cannot be made to suffer unjustly. Job is convinced that he has done no wrong. He has begun to see a world that is, in its workings, quite likely to inflict misery and loss on even those who have done nothing wrong by the traditional standards, and even on those whose conduct has been exemplary. He begins to think that for his suffering to make any kind of sense, he has to exile himself beyond the boundaries set by the tradition of orderly, civilized human life. Beyond lies a wild place, the “place of the jackal” or the “shadow of death.” The fourth speaker, Elihu, urges him not to venture there, because no human can face the raw power of God; Job must simply submit and hide himself from such terrors. Still, Job insists he wants to know what it is he has failed to grasp.

Job gets his answer from the voice out of whirlwind: the marvelous chapters 38-41 lay before him the sublime beauty and terror of the world before and beyond the human. Central to this wonder is the revelation that God caused all this to come to be by allowing things to develop according to their own generating, birthing and nurturing principles. Sacks points out that while there is some reference to God making and measuring out boundaries, there is much more emphasis on things developing by their own internal causes. He says that here we get the idea of nature, working autonomously, giving birth to a vast range of beings that do not conform to man’s needs or sense of what is right, but exist free and for their own ends. Some are untamed versions of domestic animals like asses and oxen; some are wild and fierce even when used by man, like the war horse; some appear to be laughably foolish, like the ostrich, and some, behemoth and leviathan, are simply beyond human power. What is revealed by the voice is a world beyond the human, one that man can never tame and whose sublimity means it would be unjust to do so even if it were possible. In this, Sacks argues for the sacred character of wild nature. We can and must learn from it, but we can’t control it. The poet of Job is the quintessential ecologist.

[As an aside, I have always liked the Revised Standard Version’s identification of Behemoth and Levithan with the hippopotamus and crocodile. Both existed in Israel, the hippo until the Iron Age (https://journals.plos.org/plosone/article?id=10.1371/journal.pone.0005316) and the crocodile until the 20th century, so it seems reasonable to think that they were known to the Job poet. I think that ties in well to the idea that although some these beasts (including the ostrich, according to Sachs) are tamed by humans, there is much that is beyond what humans can manage. Somehow, it seems better to end with something palpably real, if exotic, rather than mythical, as behemoth and leviathan are often depicted. It is surely wrong to imagine leviathan as a whale: whales aren’t covered in plates or scales and don’t sprawl in the mud except if dead or helpless.]

Sachs makes another point here: leviathan, “king over all the sons of pride,” although utterly awe-inspiring, is closed up in his impenetrable armor – nothing gets through to him. He rules this realm by the shear weight of his power. Job is the opposite: he is open and can see and absorb the wonder of the natural. By being open to the beauty and terror, Job comes to understand both the other and himself. He can operate in his human realm through love and understanding. In the end then, Job returns to the human world, where he helps his friends atone for their ignorant advice. He is able to receive condolences for the loss of his children and his suffering, and he can rebuild his fortunes.

Sacks ends by pointing out that Job’s acceptance of the importance of the birthing and nurturing power of the womb, expressed in many of the images from chapters 38 to 40, produces a change in how he treats his daughters.  He gives the three an inheritance alongside his sons, in contrast to the prevailing custom that daughters get only dowries. This, I think, is an example of what Sacks means by saying that the voice from the whirlwind has revealed to Job a realm that operates by laws unlike the received human tradition, and Job must remember those lessons as he rebuilds his life in the human world. I like his observation that Job has become aware of a realm in which he is utterly insignificant, which, however, contains possibilities for “love and laughter” that can inform the world in which Job matters very much.