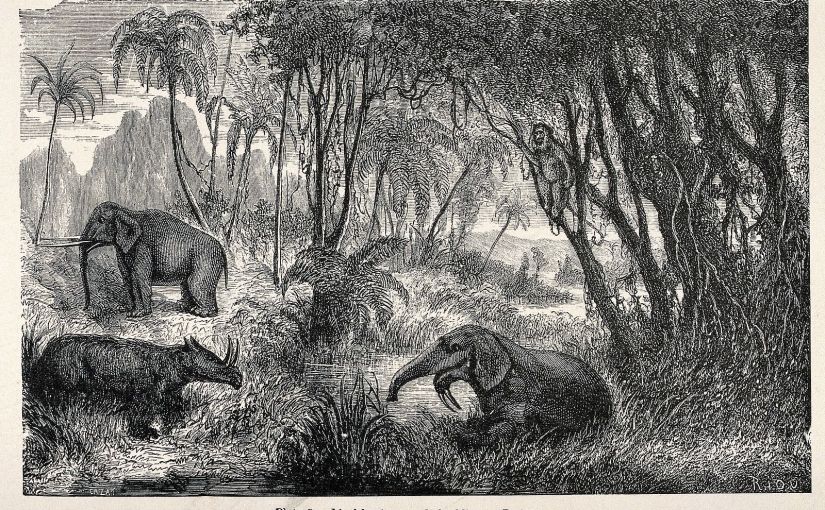 A Natural History of the New World. Ecology and Evolution of Plants in the Americas, by Alan Graham. 2011. Chicago. University of Chicago Press. 387 pp.
This is an ecological and evolutionary story acted on the stage of two continents from the close of the Mesozoic to the recent. South America starts out isolated or nearly so, while North America begins joined to Eurasia across the proto-Atlantic. It ends with two continents joined by a narrow isthmus and a sporadic connection to Siberia across the Bering Sea. During this time as the Americas override the Pacific plates, a series of great mountain ranges form along the western edges of both continents, altering the directions of rivers and radically altering the climate of the continental interiors. Late in the period, the shift towards glacial climates turns what were temperate climates under a polar insolation regime into boreal forest and tundra, with deciduous forests to the south and new dry ecosystems in the arid west.
It is a dramatic story, with a shifting cast of characters, most impressively the higher angiosperms and the radiating mammals responding to each other as well as struggling among themselves to dominate under the shifting conditions. The rise of groups like the grasses and the ungulates with their associated carnivores are among the most visible and dramatic developments, if not quantitatively as significant as the insects and fungi, which changed much less over the same time. This is a vexed question; megafauna and keystone species enthusiasts on the side of top-down regulation and ecosystem engineering, those of us who look at energy flux and nutrient cycles as keys to ecological processes and who see microbes as the dominant force, alongside plants, on the bottom-up side. Probably both views are right some of the time. No doubt, though, that climate and geology – lithosphere, atmosphere, hydrosphere – are the ultimate regulators, although the biosphere’s impact on carbon cycling is also significant.
This is a very detailed book, giving an account of dozens of types of communities both in the past and the present vegetation of the Americas. It also describes the phases of development step by step, tracking the geologic changes and the shifting vegetation as revealed by pollen and macro fossils. The author is a noted paleobotanist at the Missouri Botanic Garden. There are good photos, maps and graphs of changing temperatures over the epoch. Truly a history of nature.
Graham also has excellent chapters on the techniques of paleoclimate reconstruction and the collection and interpretation of fossils. The text is also a wonderful travelogue, full of historical and prehistorical anecdotes, and covering the modern biogeography of the new world as well as the story of how it came to be as it is.

One thought on “New world history”